This is Korean drama I Am Not a Robot Episode 10 Review which I wrote after watching it yesterday. Kim Min-Kyu finds out Aji 3 can cure his disease and wants to get it, but Hong Baek-Gyun refuses to return as he kissed her.

I Am Not a Robot Episode 10 Review 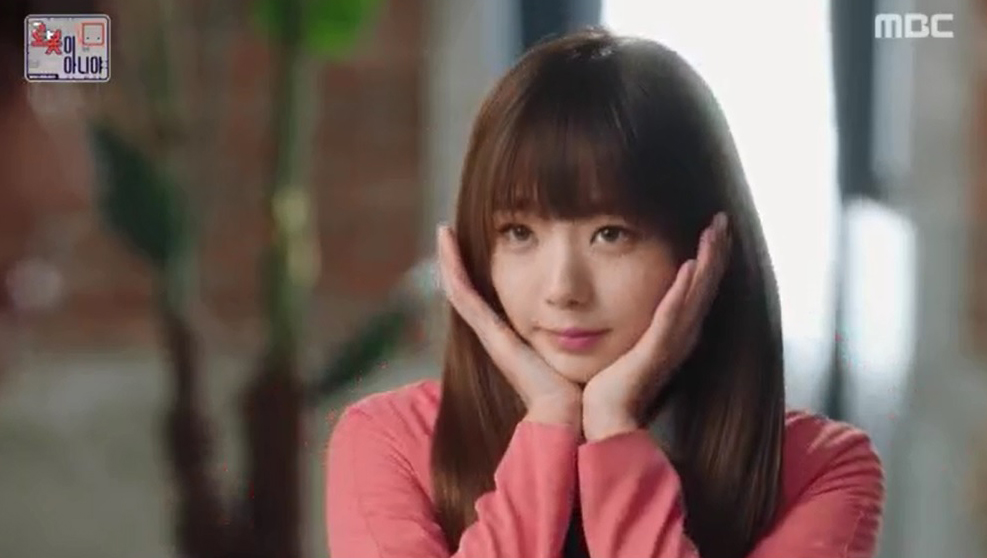 Hong Baek-Gyun asks Jo Ji-A why she didn’t stop him when Kim Min-Kyu almost kissed her after left Kim Min-Kyu’s house, but Jo Ji-A doesn’t answer his question and tells him that she needs a rest. Hong Baek-Gyun lets her take a break in his car and drives to her home.

Kim Min-Kyu tells Doctor Oh that he is fine when contact with other persons since he lives with the robot. Doctor Oh thinks it’s a miracle and persuades him how to find out how the robot cures him. Jo Ji-A walks around her home and avoids Jo Jin-Bae and his family when she sees them. She keeps seeing couple’s kisses in the sauna and reminds Kim Min-Kyu kissed her forehead. Jo Ji-A calms herself down.

Kim Min-Kyu walks around in his house and recalls the scenes he lives with Aji 3 and thinks she is very cute. Just then Doctor Oh calls him and tells him that he might has a friendship with his robot since they lived together. Hong Baek-Gyun gets a message from Pi that they cannot fix Aji 3 currently although the parts arrived. He finds out Kim Min-Kyu kisses towards camera and looks weird when Hong Baek-Gyun returns his lab. He tells the team members that he isn’t going to return Aji 3, but Hoktal thinks they will in trouble if they do that. Hong Baek-Gyun tells them they are going to move out.

Ye Ri-El visits Hwang Yoo-Cheol and complains that Kim Min-Kyu rejects her, and wants a kiss from him. Just then Kim Min-Kyu asks her to go out for dating, she has to leave and says sorry to Hwang Yoo-Cheol. He gets angry after his assistant tells him that Hong Baek-Gyun and his team are in Kim Min-Kyu’s house.

Sun-Hye thinks Kim Min-Kyu is a pervert when she drinks with Jo Ji-A and finds out she lost her weight since she stayed with him, but Jo Ji-A thinks he just lives alone too long and worries about he finds out she isn’t a robot. Sun-Hye thinks she misses him.

Hong Baek-Gyun refuses to return Aji 3 as he thought Kim Min-Kyu treats his robot as sexy toy and reveals he is going to look for other investors and leave his house. Kim Min-Kyu defends for himself and tells him it’s a misunderstanding.

Kim Min-Kyu is very for her arriving and tells Aji 3 that her creator is going to separate them, he tells her he will protect her no matter what he will lose. Pi asks Kim Min-Kyu to return Aji 3 and claims he steal their robot, although Kim Min-Kyu tried to bribery them.

Aji 3 tells Kim Min-Kyu that money isn’t the case since they refused it and persuades him to cook for them. He brings out the dishes which his money left for him and he hadn’t used over 15 years. He lets her sit for saving her power and hurts his finger when she wants to give her some helps.